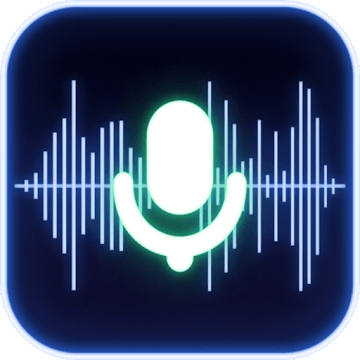 ★★★★★
Report
Voice Changer is a versatile and superior tool as it directly interacts with the user's voice in real-time. It is also an ideal choice if they want to

Voice Changer is a versatile and superior tool as it directly interacts with the user’s voice in real-time. It is also an ideal choice if they want to prank someone or discover the awesomeness of their voices through great transformations. An audio editor will be integrated into the system and help users edit their voice professionally to create many funny moments with all recorded content.

Voice editing can be done in real-time, like talking directly through calls or apps. Users only need to install a few special protocols for the system, and it will automatically convert any sound or voice recording from the outside. Whether it’s distorting the voice, changing the pitch, or enhancing the speed, everything is available for users to get creative when changing their voices to tease people.

RECORD ANY VOICES FROM BOTH SIDES

Besides converting voice quality, the application can record two-way conversations, exporting them into simple audio formats. Exported chats can be freely used as various documents, and users can directly edit them with them. Such things as cutting voices, tweaking them, and then using them as their soundboard are the funniest or most embarrassing things they can do to anyone.

Users do not need to use imported voice to take advantage of Voice Changer’s capabilities, but they can directly use the versatile text-to-speech. Thanks to the audio file exported from the earlier feature, users can make up many jokes and use them widely in place of their real voice. It’s a nifty feature for tight-lipped or wants to know more about the potential of AIs text recognition.

The built-in music editor is also useful for users to edit each imported tune or voice quality. Through it, they can cut and change the position of each sentence, even smooth them out as an actual speech without anyone knowing. Not only that, they can change the pitch or speed of the voice for exciting results, which can then be used for many songs or as a voice dialogue.

Sound effects will also influence the user’s voice, even changing the entire nature and quality of the voice with many styles. Voice Changer will introduce an extensive library of effects along with a memorable and sophisticated editing suite for them to change each voice or sound segment freely. The great thing is that users can autotune and record song lines to insert them into matching videos.

Exporting any user-edited or created content into multiple formats is usually a matter of third-party software. But this application allows them to freely change their format with popular and widely used options worldwide. Changing the format also allows changing the size of each content, even allowing users to share the recording to separate addresses or platforms directly.

Voice Changer is one of the best tools if you want to change your voice directly in real-time or through editing. It also comes with lots of resources and functions to create and explore so the full potential of interacting with voices or messing with them.