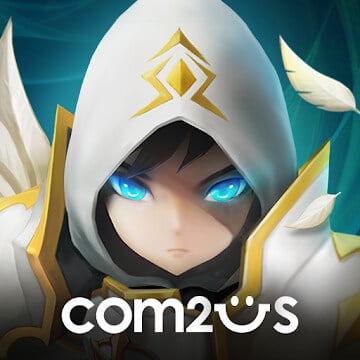 ★★★★★
Report
Summoners War is a game where players will enter the world of monsters and confront powerful enemies with many different shapes. You will spend time

Summoners War is a game where players will enter the world of monsters and confront powerful enemies with many different shapes. You will spend time summoning monsters and arranging them into the team you like. At the same time, during the game, you also find the mechanics to increase the strength of the character, and the way to coordinate the team is awe-inspiring when entering the different game modes.

In Summoners War, you will find a system of monsters with compelling characteristics that you will spend time collecting. The number of monsters can be found in the collection section, where you will see monsters with different impressive looks. At the same time, they will be your companions throughout the many levels and challenging modes in this game and help you receive completely impressive rewards.

The combat mechanism of this game is entirely understandable when you will use the skills of these characters to attack the enemy when it is your turn to win the level. At the same time, you can also accelerate the speed with the auto mechanics, so this will be a mode to help you save time but reduce tactical moves that are appropriate for the situation. Each monster that you summon has different qualities and has five main attributes: Fire, Water, Wind, Light, and Dark.

MANY MODES THAT YOU WON’T BE ABLE TO MISS

You will find many different game modes in Summoners War, and each mode gives you a specific interesting experience. In the primary mode, you will join the first monsters to overcome the PVE levels and increase their power. At the same time, because each monster has an attribute, you will find the relationship between the attributes, and they will be a factor to counter each other. You need to pay attention to three relationship keywords: favorable, fair, and unsuitable.

Once you’ve started building yourself a full team and can support each other, you certainly won’t be able to skip the following modes. The next mode is to find other players and fight them in PVP mode. From there, you will know your position and strength against them and continue to learn exciting ways to coordinate the squad of other players. In addition, two modes in PVE that you should not ignore are Dimension Hole and World Boss.

In World Boss, you will form a large team with three other players and start attacking a single enemy, a giant monster. Of course, defeating it at a level is impossible, but only to confirm who survives and deals more damage. Besides this mode, you should also not ignore the Dimension Hole, where you search for Runes for your monsters. Their effect is awe-inspiring when followed in sets.

INCREASE THE STRENGTH OF THE CHARACTER

In Summoners War, there are many ways to increase the power of a monster, such as increasing the monster’s stats and awakening it to gain some new stars. At the same time, some things operate similar to the equipment feature Runes, and each monster will own a certain number of Runes. You will see the effect of the Runes when they come with a set. In addition, two holes appear on either side of the Rune box, which is the Artifact box, something that gives new power to your monster.

INTERESTING POINTS THAT PLAYERS CAN FIND