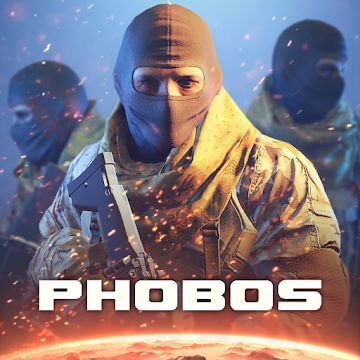 ★★★★★
Report
PHOBOS 2089 takes players on the path to top commando with hazardous challenges. Standing in front of the line between life and death, you have to use your gun to protect yourself.

If you are a lover of the 3D shooter genre, it is impossible to ignore PHOBOS 2089, a scorching game. In a futuristic world, players become agents and embark on dangerous missions, and support for you is the weapons in your inventory. Fighting the enemy alone, though difficult, is highly thrilling and stimulating!

Players will transform into professional agents to receive missions. In PHOBOS 2089, what is supposed to be your life is the gun. There are many types of firearms such as long guns, rifles, guns, snipers, …. You will be given an arsenal of weapons with a capacity of up to hundreds of types. Let’s collect guns by opening chests. If you are lucky, you will receive a rare weapon.

COMPLETE THE MISSION BE GIVEN

Each time a notification comes in, the player will receive a new quest. Opening a door, entering a secret room to get information, or killing someone are everyday tasks. After receiving the mission, you will choose the gun you want and start doing it. There are always enemies to stop you, such as protective wolves, soldiers, etc. Move around and shoot at them while dodging attacks. Be aware of the distance if you use the scope. When you miss multiple times and take a lot of damage, you will be killed.

The power of the guns will be increased as you upgrade them. Tier 1 guns are the ones with minor damage. After upgrading, the guns and the quality, even the appearance will change. They will become more elegant and also more substantial. You can collect items and pieces to upgrade guns. Using guns at high levels will have a better chance of winning than elementary guns.