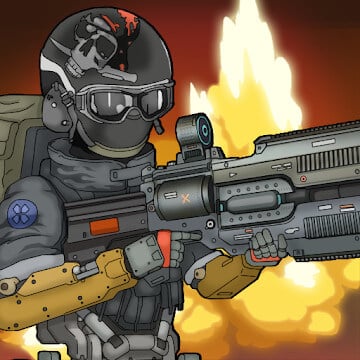 Mystic Gunner: Roguelike Shooting Action Adventure is an exciting action role-playing game where players have to fight evil forces and protect humanity. Powerful and evil machine monsters are invading the world; it’s time for you to show your strength and wisdom. Enjoy the endless entertainment that comes from this game with simple graphics and extreme visual effects.

A POST-APOCALYPTIC STORY HAS BEGUN

In the fantasy world of Mystic Gunner, they are threatened by the weirdest and most evil monsters, which attack humans and become a doomsday threat to humanity. The survivors have formed a common front to unite to fight the evil force. But unfortunately, at that time, man’s most potent weapons could not shake them. Humans and monsters began a long and persistent war from there. Half a century later, humanity has found more powerful weapons. The battle story continues fiercely.

CLEAN UP THE EVIL FORCE

There are many areas in a game screen, and the player will control his character to go through each area. You can find an area with random attacks or maybe an area that helps restore skills and health. When you need to buy anything, go to the area where the items are sold. Find as many areas as possible to come up with the best strategies to fight. Destroy all the monsters that appear in each area, or they will attack you.

The genre roguelike of the game will take you from surprise to surprise. Over 100 random maps are waiting for you to explore, and if you die in the course of this adventure, you will start over with another random area.

There are many ways for you to get rewards and the rewards are also very nice. You can get primary and cool rewards from daily login, daily quest, or battle—level up to receive valuable rewards. In particular, collect items to unlock skills and strengthen the character.

If you love role-playing games, Mystic Gunner is a game that promises to bring you the best entertainment experience.