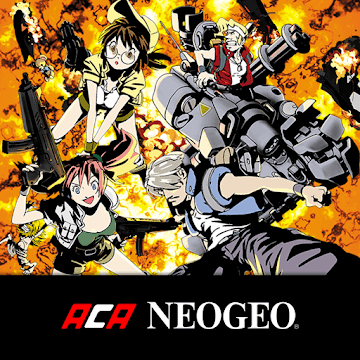 SNK’s familiar side-scrolling action STG, which has the highest level of difficulty and excellent strategy!

METAL SLUG 4 ACA NEOGEO is a side-squad action STG in which two new members fight to destroy the terrorist organization “Amadeus”. Marco, Fio, and the new characters Trevor and Nadia are the main characters, while Tarma and Eli appear as if they are fighting together. As for the graphics, although there are many reuses from the previous series, it still fascinates with the richness of the drawing and character actions. It’s difficult to the highest peak, but I want you to experience the exquisiteness that is not a bankrupt difficulty!

The basic operations are the same as before, with lever operation movement and attack, jump, and grenade button operations. It’s great that the metathra attack doesn’t explode because a special button has been added instead of pressing attack + jump at the same time. Also, regarding weapons, the new weapon “2 heavy machine guns” has high attack power, but you need to be careful because the remaining bullets decrease quickly. There are performance differences for each character, such as grenade specifications and melee attacks, so try to find your favorite character.

EARN EVEN MORE WITH THE NEW ELEMENT “METALISH SYSTEM”!

Equipped with a “metallic system” that allows you to earn medals according to the score earned within a certain period of time after taking the emblem (blue / gray). When you clear the stage, you can get a bonus according to the medal, so you can earn more than prisoners. Just like prisoners, medals reset when you die, so be careful.

The title has been criticized for using many graphics from the past series, but as a 2D pixel art, the level of drawing is outstanding compared to other works. A lot of new costumes and new actions have been added to the enemy characters, and despite being a work that was created in a short period of time, they are doing their best.

I COULDN’T HELP BUT GRIN AT THE PERFORMANCE OF FIGHTING TOGETHER AS A TEAM!

It hurts that Tama and Eri are not playable characters, but you can see scenes where they appear everywhere as NPCs and fight cooperatively. In addition, Muneatsu is well represented by the feeling that everyone is fighting as a team, such as the prisoner who helped appears as a driver of the vehicle.

Although it is famous as very difficult work, the point is that countermeasures are actually prepared for enemy attacks that look unreasonable. There is no scene where you can only win by luck, and it is finished in a balance that you can not do anything. However, there is no doubt that it is still very difficult.