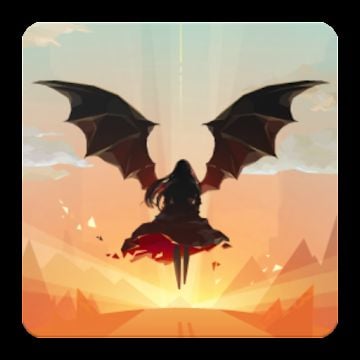 ★★★★★
Report
Man or Vampire is a unique strategy RPG with an immersive atmosphere and gameplay development for players to explore the darkest dungeon with their hand-crafted customized adventurer parties.

Information of Man or Vampire

About Man or Vampire

Man or Vampire gives everyone an entirely new RPG element when combining many classic elements with real-time to create new experiences. It also integrates with the fierce and scary dungeon element to make everything more lively and exciting than usual, stimulating people in various situations or battles. Above all, its dungeon crawler element is the most outstanding so that players have eternal gameplay but with many possibilities.

VENTURE INTO DUNGEONS WITH HIDDEN DANGERS

The main content of Man or Vampire is to delve into dark dungeons and face all sorts of ferocious monsters found only in a fantasy world. Even so, their mission is to reach the final floor and defeat the last enemy, The Vampire, and at the same time bring back many glory, treasures, and other surprises. Over time, the dungeon’s difficulty will also increase significantly, making things more fun and thrilling than ever.

The most impressive content of the game is the ability to customize the squad before starting the adventure into the dungeons. Although each party is limited to four units, players can mix every role or skill of each character to create the most powerful and potential combos. Because of that, people will always find new entertainment in their journey as they can mess up or create a powerful party combo.

The combat system in Man or Vampire is a turn-based strategy, but with more scale and stimulation to give players more flexibility. Now, the battlefield is built of squares, and each battle unit has a certain ability or range for the player to move or act on. Not only that, the environmental factor is extremely important when it has many benefits if the player takes advantage of them perfectly when clashing with the enemy.

Upgrading the combat performance for the entire squad is essential if players want to get to the bottom floor and defeat the last boss. Even so, every time each character levels up, the player can choose a new skill for them to use in each turn. Depending on the individual development, the player can make things more creative and, at the same time, change all the fighting styles of the party against many separate enemies.

IN-DEPTH EQUIPMENT COLLECTION FOR THE PARTY

Besides unlocking new skills for the squad, Man or Vampire will have a complex but attractive equipment system. Players will have the opportunity to find new equipment in chests or receive rewards from many battles and even trade with merchants scattered across the map. Depending on the combination of equipment, combat performance will be significantly enhanced and create many funny effects.

Battles with bosses are random during the trip instead of following a certain rule, making the gameplay more exciting and suspicious. Their appearance can be anywhere in the dungeon depending on the player’s luck, but the reward from winning them is always generous and worthwhile. People can also take advantage of the new mechanics in the boss battle system to improve the odds of winning or surviving.

Man or Vampire is a great RPG that combines turn-based strategy with a dungeon crawler to give everyone a whole new experience as the player and their custom squad traverse suspicious areas and the most dangerous part of the dark dungeons.