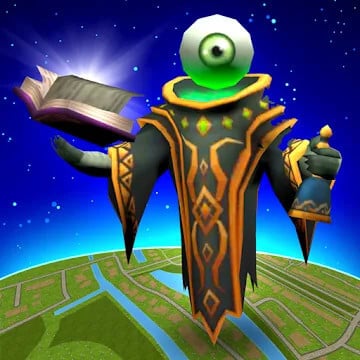 ★★★★★
Report
Magic Streets is a geolocation RPG with outstanding concepts and features to immerse players in hilarious and resourceful journeys at their local neighborhoods and even compete with other players in real-time.

Magic Streets is a unique RPG that can take advantage of the player’s geographical location to develop the world and random activities around them. It also creates more fun activities for everyone to have endless excitement when fighting various scary monsters or facing other players in real-time.

EXPLORE AROUND THE NEIGHBORHOOD FOR ACTIVITIES

Thanks to the Geolocation element and the positioning capabilities of the system in Magic Streets, players can freely move around in their area in search of activities. Everything appears randomly in the world, but the player is free to move around through various methods to interact with things. Many remarkable contents sometimes appear around the player, giving a real sense of adventure even in a virtual reality game.

The game’s combat mechanism is a turn-based strategy but has potential as players can combine skills or actions for more productive combat. People can use mascots or pets to aid in the battle or create opportunities to win. Depending on the creative abilities of the player, they can exploit many advantages in combat to have more interesting experiences than usual.

The character customization in Magic Streets will cover everything related to changing combat performance to give players more creativity and flexibility. They can create various fighting styles depending on individual preferences and create humorous strategies to deal with different types of monsters. Equipment customization will also add new content and systems for players to improve combat performance.

FIGHT WITH OTHER PLAYERS IN PUBLIC ACTIVITIES

Players can go head-to-head or hold duels with others in the local neighborhood if they’re lucky enough. The mechanics of PvP combat are completely different from PvE, where every stat or ability can change the battle dramatically, so everyone must always be prepared for the worst. Fortunately, the rewards for PvP are generous and fun for everyone to build the best atmosphere.

Magic Streets is full of entertainment and uses player positioning to immerse them in vast and entertaining adventure gameplay, even taking on other players in impressive PvP mechanics.