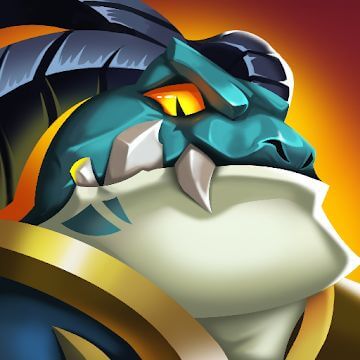 ★★★★★
Report
Idle Heroes brings you a world of heroes of factions that you summon and form a team to overcome various modes. Each mode requires a specific aspect of the squad, so collecting many heroes is necessary.

Idle Heroes is a game where players will find many heroes with different strengths to form a team of six. You’ll spend time uncovering these characters’ strengths and letting them take on a variety of enemies in different game modes. At the same time, you will certainly not be able to ignore the Void characters and related modes to own this impressive form of power.

THE CHANGE IN SKIN AND POWER

In the new version of Idle Heroes, players will find many exciting bonuses and mechanics that they will not be able to ignore. New limited skins have just been added for you to collect, and of course, these skins can add up to an impressive power for the character wearing them. At the same time, some characters have been balanced in terms of strength, so you will need to update their strength to find a suitable new strategy when many new characters appear in the game.

Players will overcome various challenges in Idle Heroes with the heroes they own and summon through various mechanics. The lineup includes six characters of different factions: shadow, fortress, abyss, and many others. At the same time, these systems all have certain relationships that you will need to pay attention to when choosing a character when confronting the enemy. In addition, a system that appeared later has only three characters, Void, and the number of characters of this faction is also increasing.

You will see a team’s front and back rows to choose the characters suitable for different positions. At the same time, you will not need to be too concerned about the control element because these characters will automatically attack until one side is defeated. In addition, the yellow energy bar at the bottom of each character’s health will be filled through regular attacks and activated immediately after. It can be said that this is a battle of strength and tactics.

Characters can be summoned in different ways in Idle Heroes. Specifically, you can collect their puzzle pieces, and when enough, they will be sent to your team. Also, the basic summoning mechanics or through the Compass of the Transcended give you the chance to summon powerful five-star characters. In addition, you will use the resources you have to upgrade their level quickly, and when the five-star heroes reach 100, things do not stop there.

An interesting feature for five-star heroes is that they will continue to upgrade to higher tiers, such as six stars representing a purple star or E representing a yellow star. At the same time, the higher the level, the more you will unlock more powerful skills to confront other enemies in the game modes. In addition, they also consume a copy of the heroes you want to upgrade and many other materials.

OVERCOME MANY CHALLENGES TO FIND RESOURCES AND HEROES

The challenges that you experience in Idle Heroes are completely diverse, and you will need to take time to overcome them. An interesting point about this game is that each mode will require a specific aspect of strength such as survival level, team strength, and many other factors. At the same time, the primary mode you will often find is a campaign where you will need to overcome many different levels and defeat many enemies to find better resources to mine automatically.

Some other modes that can help you get some five-star heroes if you’re lucky, like Brave Trial when you compete with other opponents in the server, Raid gathers resources to change heroes. In addition, you’ll also be able to test your team’s strength with modes like the Tower of Oblivion, where each floor will have monsters waiting for you that you must overcome. The arena will help you meet many powerful enemies who are other players.

As mentioned above, Void heroes are new members of the list of Idle Heroes heroes, but they have entirely familiar names like Xia, Halora, and Asmodel. It is entirely predictable as you can use the original heroes to switch to Void heroes if there are enough resources.

These resources are fully earned in Gate of the Void game modes, which unlock when any of your heroes reach E5, and each hero also gains a new passive skillset. At the same time, it will be a long journey, but the results will be worth it as the Void hero possesses impressive power.

A world with impressive heroes completely captivates players with: