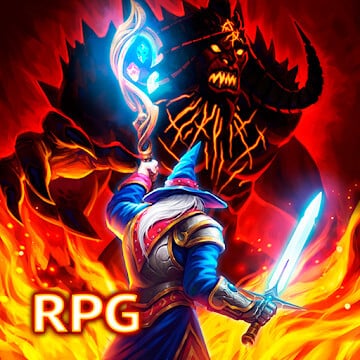 Information of Guild of Heroes

About Guild of Heroes

Guild of Heroes is an RPG game where players will join the journey to become strong of a warrior who lost his strength after a war. You will go through many different challenges to collect the necessary things for the character and learn which class you feel is suitable. At the same time, the game has a flexible class change feature, so you won’t need to worry about choosing a class in the early game.

THE JOURNEY TO BECOMING A HERO FROM NOTHING

The story of the Guild of Heroes as a hero joins the battle against evil led by a dark mage. You will enter another mage against enemies that gradually appear and try to catch up with your main enemy. At the same time, when going to a forest, two good and evil magicians confront each other, and you will control the hero against the minions that gradually appear to protect your teammates. Of course, the victory is always in favor of the good.

The beam of energy of the excellent faction repelled and defeated the evil magician. Shortly after, he was destroyed but cast a powerful curse on the hero, and the remaining power flew away. Unfortunately for the hero, his powerful weapon was utterly destroyed, and he almost faced death. Therefore, his teammates used the power to revive him and encouraged him to start his journey again to find his strength again. That’s also when you start the gameplay of the game.

OVERCOME MANY CHALLENGES AND INCREASE YOUR STRENGTH

The hero you control in the Guild of Heroes is entirely similar to a newbie, so he won’t have any extraordinary power except for the two skills he often used before. He will begin his journey through different lands to fight enemies and find special equipment and skills. At the same time, the gameplay will be completely accessible when it does not require too much control like other RPG titles.

You will control your character by tapping on the screen to specify where to move. At the same time, the character will automatically attack when an enemy appears, and you can use the Auto Play feature. In addition, you will need to consider using skills in some cases to defeat the enemy, and especially in the levels with the boss, you will not be able to take your eyes off. Each boss will have unique attacks that you must observe the area of influence to dodge and continue to attack.

In Guild of Heroes, your character will not be assigned to a specific class, and the default class that you experience in the game is a warrior. An interesting point when you experience this game is that you will experience different classes by changing weapons freely. When you change the weapon of an archer or mage, you will immediately see the skills you can use will also change. So, in the beginning, it will be an opportunity for you to experiment with which class you find suitable.

In one level, you will be able to collect weapons and skills with a different rarity. Each skill and weapon is classified by color, so, over time, you will have impressive skills and weapons. In addition, you can use diamonds to open equipping chests, but in the early game, you should not open them yet. When you are confident in your ability, the PVP mode will be the place for you to try out other players.