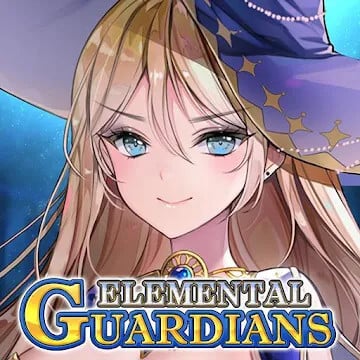 ★★★★★
Report
Elemental Guardians Mod APK brings you to challenging battles with diverse tactical elements. You will control characters, use their skills accurately and recruit more characters to diversify the squad.

Elemental Guardians begins with a calamity when monsters from another dimension search for a treasure, and the Great Magician protects the protagonist. Everything seems to be destroyed, and the heroes begin their journey to develop their strength and face various enemies. At the same time, from time to time, many heroes appear in front of you, and you can arrange them into different formations.

AGAINST ENEMIES WHO WANT TO TAKE THE ESSENCE OF DIMENSION

In a village in Elemental Guardians, the player will see female warriors, especially Karris, and nearby, a giant black hole appears and causes an earthquake. They noticed the anomaly and moved quickly to the area, and from there, they encountered a monster of enormous size named Bastat. He quickly summoned other monsters to stop the warriors and searched for the Great Magician Astella alone.

Things seem to get more difficult as the group of warriors tries to fend off Bastat’s wickedness, and as everyone is nearly knocked out, Astella reappears. She used a secret spell and helped rescue the survivors. At the same time, it is also known that Bastat is trying to target something called the Essence of Dimension and that the only person who knows about it is Astella. Everything seemed to be destroyed in the battle, but they could continue from the beginning.

Once you’ve completed the Elemental Guardians tutorial, you’ll begin to move on to the official levels, where you’ll defeat dangerous monsters with Karis and teammates. Players will observe the game screen from a top-down perspective, and this is a proper perspective to launch tactics and control the character reasonably. Characters will automatically attack, but the player will do changing positions or use skills.

One challenge that any player will notice is that they will control one character and many different characters. Each character plays a specific role in the team, such as healing, defense, and many other roles. So you will try to use their skills at the right time to support teammates or destroy enemies because some of the character’s skills can attack or use on different targets. In addition, you also get support from your friends’ characters.

Besides fighting monsters, players can also find interesting jobs that they should not ignore. They can build certain buildings to support the warrior character you are controlling. At the same time, you will also see a village developed before, and now, it is just an empty piece of land. You will do everything from scratch, and each building supports the player and provides a number of resources to upgrade the warrior.

The first hero summon is after completing the Elemental Guardians tutorial, and now you’ll begin your journey to build a powerful team. Depending on your luck, you can summon characters with your resources and collect tickets to summon the character with the number of stars you want. At the same time, you will be able to coordinate them into a team full of positions so that the formation in the battle is always stable.

An interesting point when you experience the game and try to recruit stronger heroes is the diversity of the elemental system. There are five different natural elements in this game, and of course, they follow a specific counter order. Therefore, this can be seen as a factor that creates an advantage in the player’s strategy; players will often find characters to counter the opponent and deal more damage to achieve a quick victory.

Players will control the character to participate in battles against monsters and calamities:

Blacksmith Of The Sand Kingdom

ONE PUNCH MAN: The Strongest