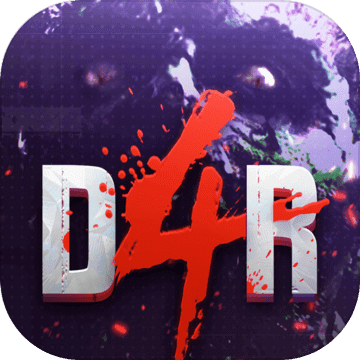 ★★★★★
Report
Dead 4 Returns offers an impressive survival experience against dangerous zombies waves with peculiar skills. You will travel through various locations alone or with teammates fully equipped with weapons and items.

Dead 4 Returns is an apocalyptic-themed game where the player will travel in a dangerous world filled with zombies that can appear unexpectedly. You will be impressed with the beauty of the places you go through and be careful with what is about to appear. At the same time, you will choose campaign or co-op levels to experience the feeling of survival with fully equipped weapons and items.

A post-apocalyptic world unfolds before players in Dead 4 Returns will face many enemies zombies with completely terrifying skills with their teammates. You will travel through many detailed and impressively designed lands with surprises waiting ahead. At the same time, your only job is to survive the enemies trying to attack you and complete the assigned tasks at each level.

It is a shooting game where the player will observe the environment from a third-person perspective, and every action the character takes needs to be done manually. The control method is quite difficult for many people at the beginning of the experience, so the game allows them to adjust some elements related to controls and levels to train their reflexes. From there, they can coordinate well with their teammates at challenging levels.

In Dead 4 Returns, players will be able to choose from two different game modes, and the number of participants in each level will be different: campaign and co-op. The campaign mode is where players will go alone to different locations that they can choose from. The choice of locations is diverse, where you will be able to explore, complete quests, and overcome various enemies on your own. At the same time, this is also the time when they can practice and prepare for more challenging matches.

The second mode that any player will look forward to is a co-op where you will meet other teammates to form a team of 4. Similar to the above mode, there will still be challenges and tasks that all four must overcome. In addition, they can support each other when a character has taken too much damage from an enemy attack and cannot continue to move. You will see many items appear before you to replenish firepower.

FULLY PREPARED TO FIGHT THE ENEMY

At the start of Dead 4 Returns’ level, the character is equipped with a primary weapon and a secondary weapon, and each player can pick up many items to restore HP during the game. Ammo is completely limited and requires you to use it carefully until the following ammo crates are reached. At the same time, you also see its icon to locate and find it in relation to its surroundings easily.

A dangerous world full of zombies opens before the player with the following interesting points: