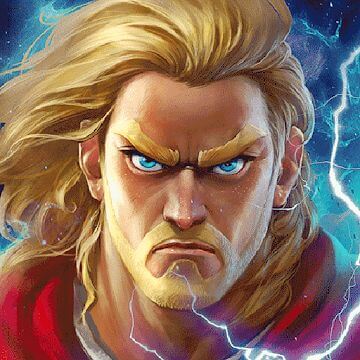 ★★★★★
Report
D-MEN is a tower-defense game where players accompany a group of soldiers to fight against waves of monsters that constantly appear. Each character possesses an attack characteristic and remarkable special skills.

Information of D-MEN: The Defenders

About D-MEN: The Defenders

D-MEN takes you to the battles of challenging battles against dangerous zombies with the power of soldiers. They have attacks with different characteristics and create tactical options for the player. Also, some characters can be unlocked over time as you complete some levels and don’t overlook their special skills.

In D-MEN, players will accompany the warriors against the waves of zombies that constantly appear. They will constantly move on the path that you will ambush to attack, and of course, their number will often be quite large to cause difficulties for you. It can be seen as a feature of the tower-defense genre that encourages players to collect strength and characters with impressive skills.

In the game’s environment, players will find assigned positions, and of course, those are the positions of the soldiers you have recruited. At the same time, a helpful mechanism that any player cannot ignore is that they will know the first route that the monsters will take. They can use their warriors and place them in positions that will hit the most enemies that will pass, and over time the soldiers will unlock their skills.

USE SOLDIERS WITH VARIOUS SKILLS

In D-MEN, players will find a squad with many members who can participate in the match and a total of 8 squares corresponding to 8 soldiers. Of course, this number won’t be fully unlocked, so you’ll need to complete the levels the game offers, and when the story characters are unlocked, these locations will be opened. Surely you will be able to take advantage of many different types of characters’ powers.

When you use soldiers, one thing worth noting is what attributes and powers they possess, and this will sometimes determine where you will place them. Some soldiers will be able to slow targets with each attack; others will perform simultaneous or single-target attacks. Therefore, many players will often have strategies such as placing the character causing the slow effect in the first place and the next characters in the following position.

If you want to use a character, you will need to pay them to appear inside the level. Each time the character appears will need to spend 100 gold units in this game, which is a common appearance in the game. At the same time, some characters will sometimes appear to temporarily support you when you are in trouble, which is following the game’s plot. Of course, characters that appear according to the plot will often have maximum stats.

An interesting point that you can find in D-MEN is the variety of characters you can own and create many useful strategies on your own. Also, depending on how fast you complete the level, some elite characters will appear before you, and you can freely use them in battle. In addition, they are strong soldiers, and of course, their attacks will not be able only to have basic attacks.

With each attack the player makes, the character gradually gains access to a unique skill they can use. Each character’s skill will be completely different than you will decide when to use. For example, for the character Newton, the player will find a vortex of energy and deal massive amounts of damage to enemies that will pass through. Indeed, this attack can be combined with attacks from other characters.

Players will use the power of soldiers to fight off waves of zombies:

Guns Of Glory: The Iron Mask